The store will not work correctly in the case when cookies are disabled.
shop all
ranges

What furniture should you hide behind in a horror movie?

Should you find yourself in a horror film, what would be the best piece of furniture to hide behind to escape that crazed serial killer bearing down on you? It turns out the answer is the door. The wardrobe is also a good choice, but whatever you do don't go near the bed!

As furniture is synonymous with horror movies - you're either hiding behind your sofa, or watching someone get murdered on theirs - we decided to find out once and for all which pieces promise the best chance of escape and which are likely to lead to a gory end.

To do this we turned all the lights on and watched the top 50 most popular horror movies (according to the various top 50 lists available on the internet) and noted down when and what furniture played a part in the drama. We then created a ranking system to grade each furniture type and its potential for leading to a less than desirable end:

Check out the full ranking of furniture to hide behind below: 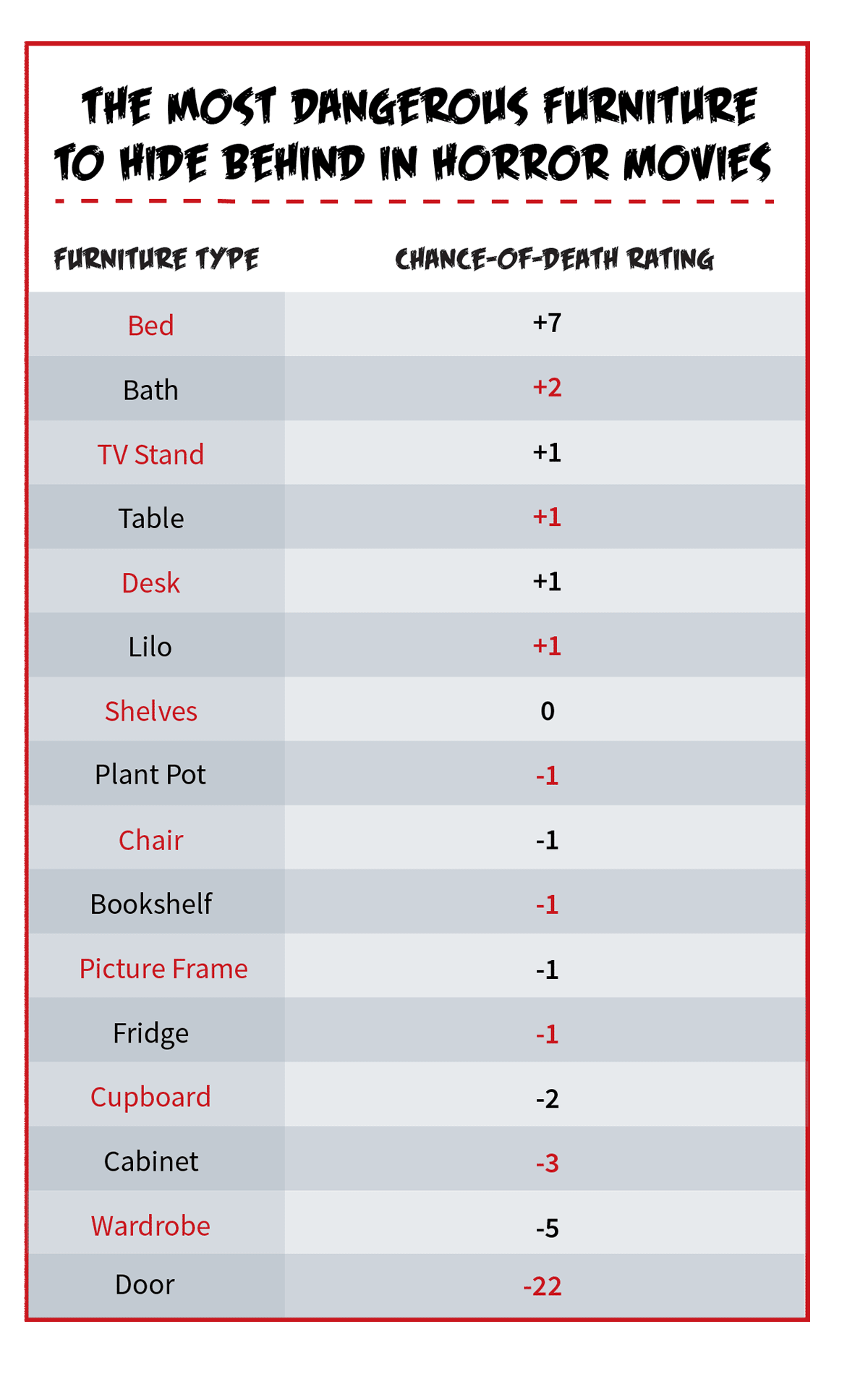 The bed is by far the worst place to hide and tops the rankings by some distance, followed strangely by the bath tub thanks in part to Pyscho (you say shower, we say she's stood in a bath tub!). At the other end of the spectrum, hiding behind a door is your best bet for salvation according to Hollywood and has a Chance-of-Death score of -22.

Next safest is the wardrobe, and all the options it offers for hiding. It's joined low down the list by a varied mix of furniture, with cupboards (Rosemary's Baby), bookshelves (Scream III), plant pots (Scream II) and even fridges (Scream) all used in the process of escape. 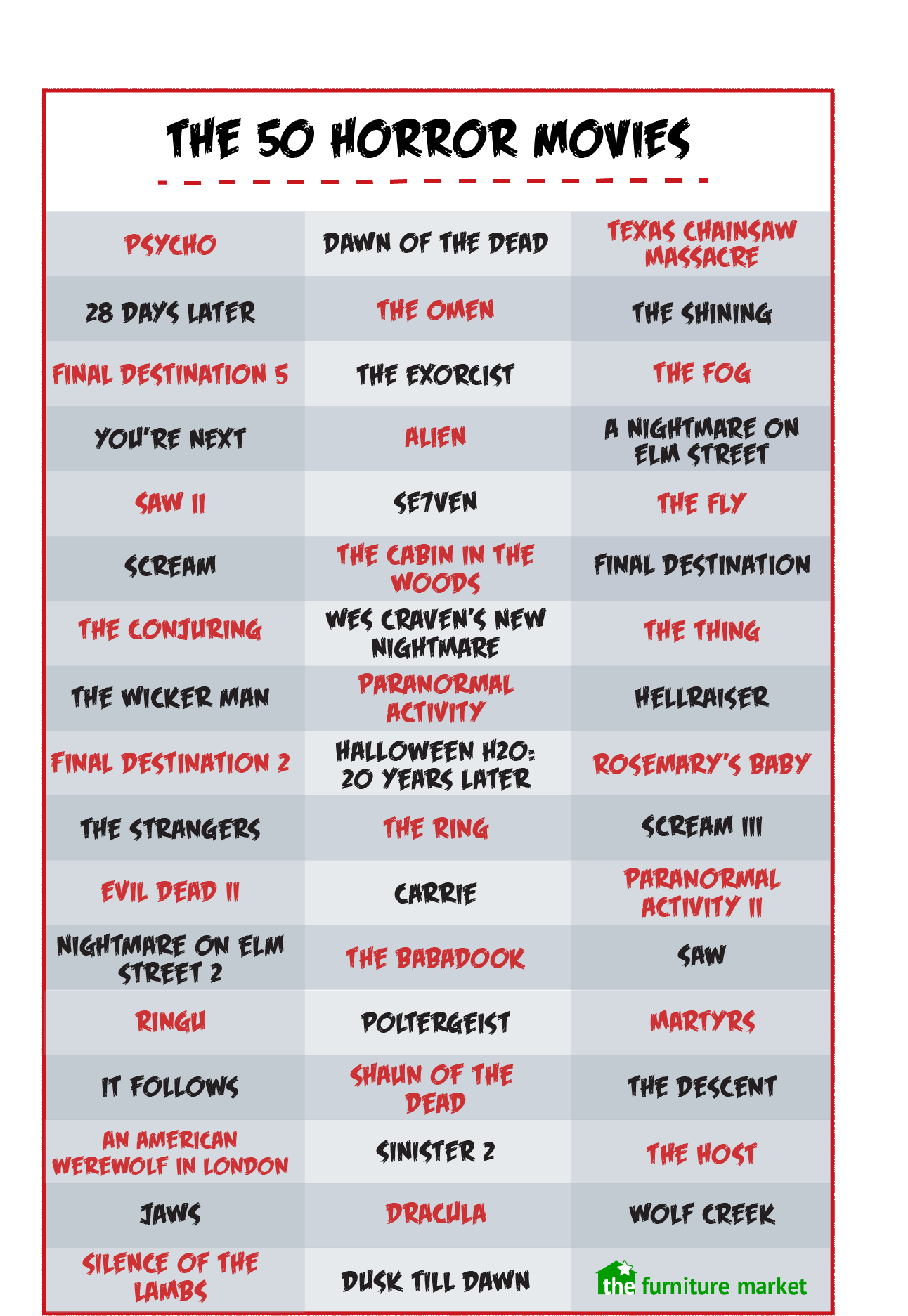 Giving you peace of mind

2 Man Delivery To Room Of Choice

We deliver using our own in-house delivery team

100% Money Back 'No Quibble' Guarantee

We care about our Planet and its people

Over 17 years in business