We are open and delivering safely - View our COVID-19 Statement.
Menu


We all know that breaking up is hard - with this in mind, we at The Furniture Market got thinking about how amicably dividing up your possessions after a breakup can seem even harder than the relationship breakdown itself.

One of the main similarities that all couples share when going through a breakup is trying to divide up who keeps what when it comes to the communal furniture that you've shared.

For this very reason, we are introducing a new document, which will provide additional peace of mind for our customers, allowing them to file an official furniture "prenup" when buying communal furniture with a partner - just in case. 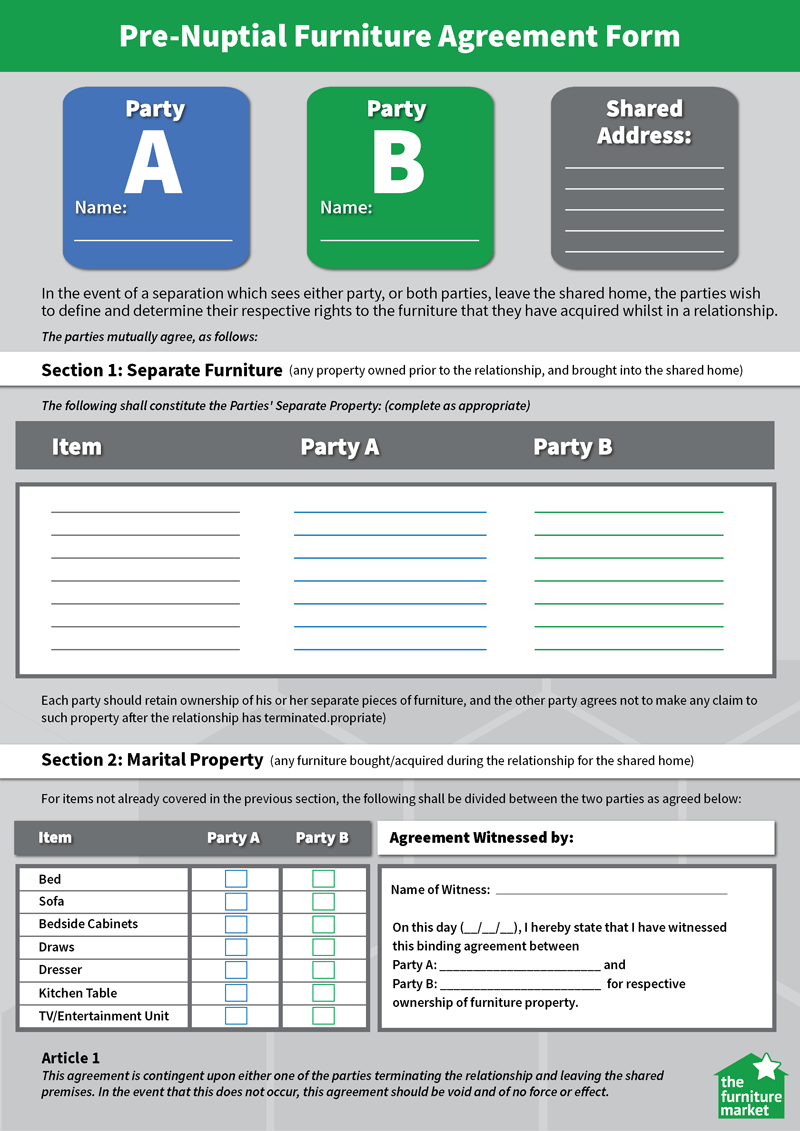 Whether you want to avoid battling it out over the bed, tearing each other to pieces for the TV, or sulking until you get to keep the sofa, the document will help to ease the process of dividing shared belongings following a breakup.

We polled 500 individuals of the Great British public to find out which pieces of furniture would cause the most arguments over future ownership, following a relationship breakup, and get a clearer idea of the scope of the issue.

The furniture that people wanted to keep the most tended to be the more expensive items, with the TV, bed and sofa making up the top 3 items.

Men prioritised keeping the TV/entertainment unit most, with women much more likely to want to keep the bed, sofa and homeware decorations, indicating that sentimental value trumps material value for the ladies.

Looking at regional variations, the TV/entertainment unit, bed, sofa and homeware and decorations came out as the most desired items to keep. Those living in Wrexham, York and Chelmsford were the most likely to insist on keeping specific items of furniture, whereas residents in Plymouth were the least concerned with this struggle, with over 70% saying that they would prioritise none of their furniture items following a breakup. 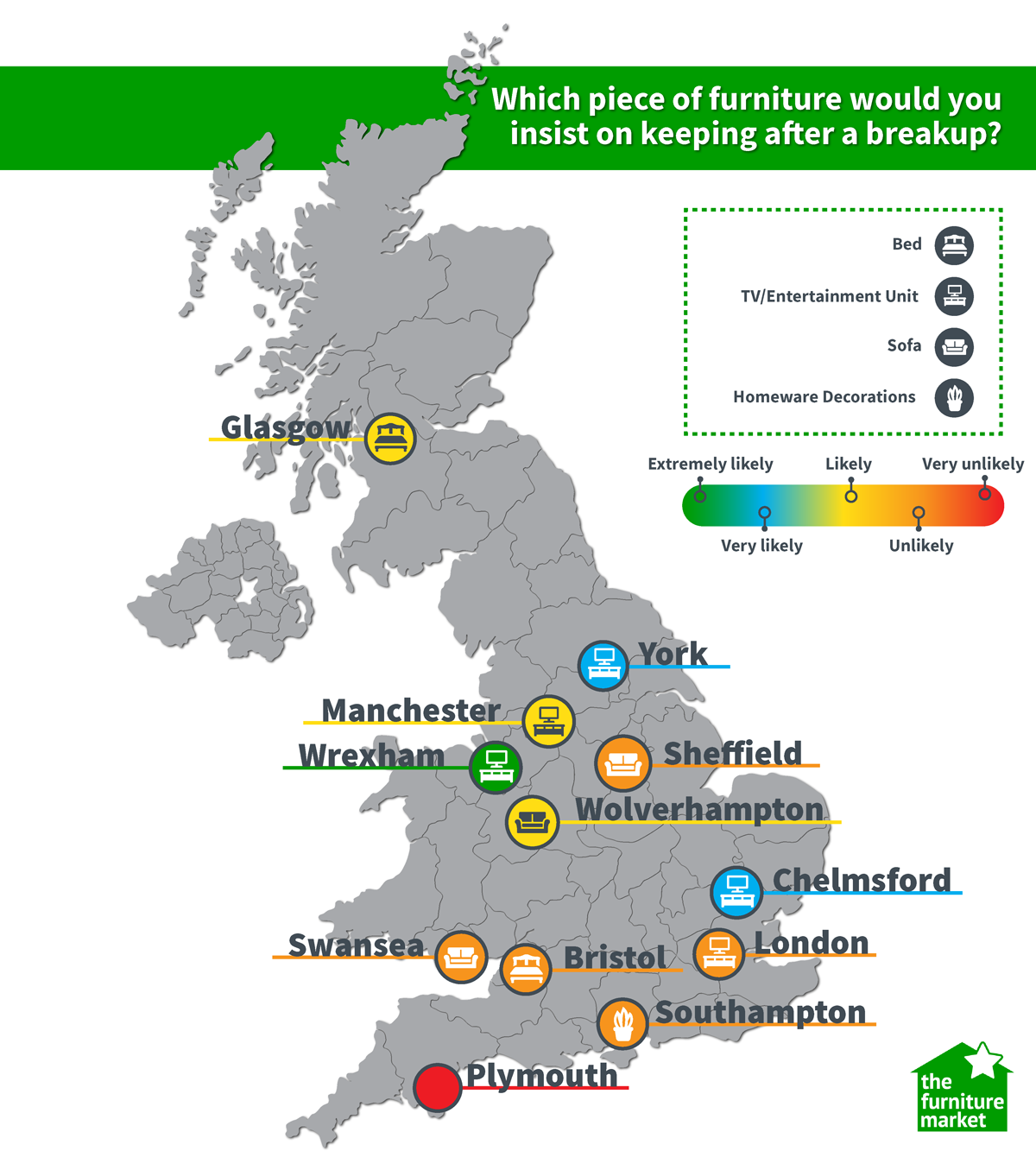 Interestingly, students and young people tended to consider keeping the bed as equally as important as the TV/entertainment unit, which could reflect the lifestyle of students who spend a lot more time in bed sleeping, watching TV and chilling out in between lectures, compared to older people - who after the age of 45 were much less bothered about keeping the bed.

25-34 year olds as a group overall voted that the TV/entertainment unit would cause the most disputes for future ownership.

So, Who Keeps What?

It's not surprising that the top 3 items tend to be the most expensive to re-buy, and are perhaps the most inconvenient items to live without. However, the data does indicate that as people get older there's a definite change in priorities - with younger people much more concerned about catching up of some sleep after those heavy nights, and having a TV to keep up with their must watch shows. Their older counterparts, on the other hand, were much happier to buy a new bed than fight it out for the old one.

So, maybe taking out a furniture prenup doesn't seem like such a bad idea after all?

Trustpilot reviews for The Furniture Market